Many clients hire talk about wanting to do something a little different at their wedding. Sometimes they are able to achieve this in subtleties: an unexpected splash of color, some really fantastic favors, or perhaps a funky wedding cake. Then there are couples like Kristina and Brooks who manage to do it REALLY differently and throw a killer party at the same time.

The decided that in lieu of a traditional wedding ceremony, they would tell the story of how they met by performing a musical. Not only this, they enlisted all of their bridesmaids and groomsmen to participate. Before you ask, NO, none of them were “theater people.” But they all participated and I have to say, it was pretty great. The guests were kept in the dark until they entered the ballroom. Little did they know, they too would be participating. 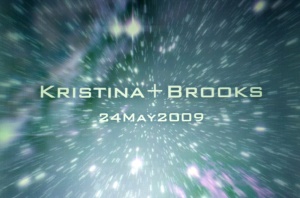 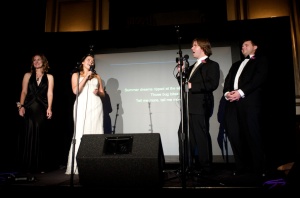 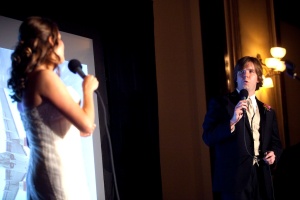 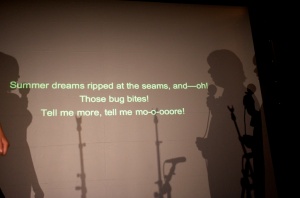 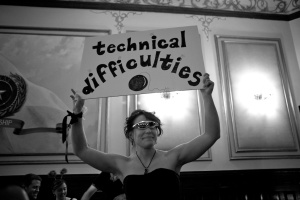 In order to indicate time moving forward, they would turn the lights off, don their “time travel” gear and wave glow sticks wildly in the air. It was effective and hilarious! 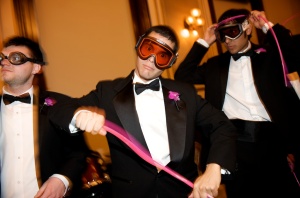 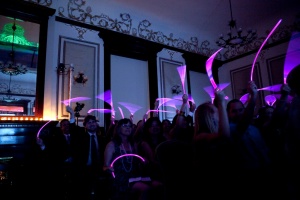 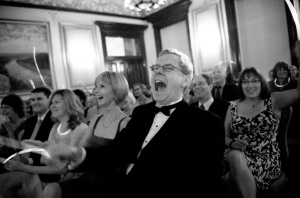 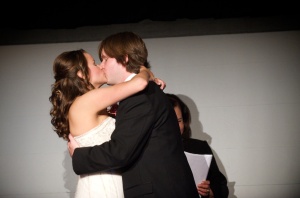 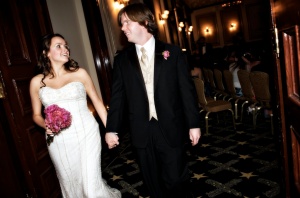 Then went on to have a gorgeous wedding reception on the mezzanine at The Driskell Hotel. 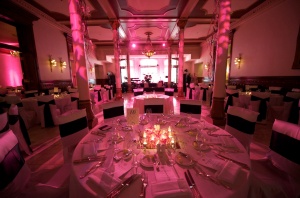 Below you will see possibly the best Grooms cake EVER, the bride recreating a famous scene from Star Wars, and finally, the sad yet inevitable destruction of R2D2. We all took it pretty hard. I’m sure he was tasty though. 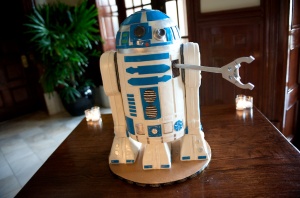 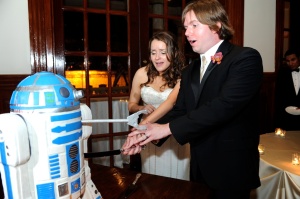 Thanks to Kristina and Brooks for keeping things lively in the world of weddings!

3 thoughts on “And now for something a little different (FOR REAL)!”