During my trip to India last November, we visited the Taj Mahal on a drizzly, kind of chilly day.  It was a fairly miserable six hour bus ride to get to Agra from New Delhi.  Needless to say, we weren’t in the best of spirits.  However, it was beautiful regardless.  It IS the Taj Mahal after all.  Did you know that The Taj Mahal was built by the Mughal emperor, Shah Jahan for his wife, Mumtaz Mahal, after she died while giving birth to their fourteenth child?

Moving on…she dies, and he’s so grief stricken that he orders the court into mourning for two years.   Some time later (around 1632) he began erecting the Taj in memory of his beloved.  It took 22 years and over 22,000 workers to complete it.  There is also a myth that upon completion, Shah Jahan had the hands of his architects and sculptors cut off so the could never create anything as beautiful as the Taj Mahal.  By the way, up until this very moment, I took this gruesome piece of information as fact until I started researching the Taj.  Of course it’s a myth!

The Taj Mahal is a mausoleum and both the Shah Jahan and his third wife’s tombs are inside.  It is one of the seven wonders of the world.  I recommend seeing it at the beginning of a trip to India, so it will properly knock your socks off.  Here’s some photos I took on this particularly murky day in India: 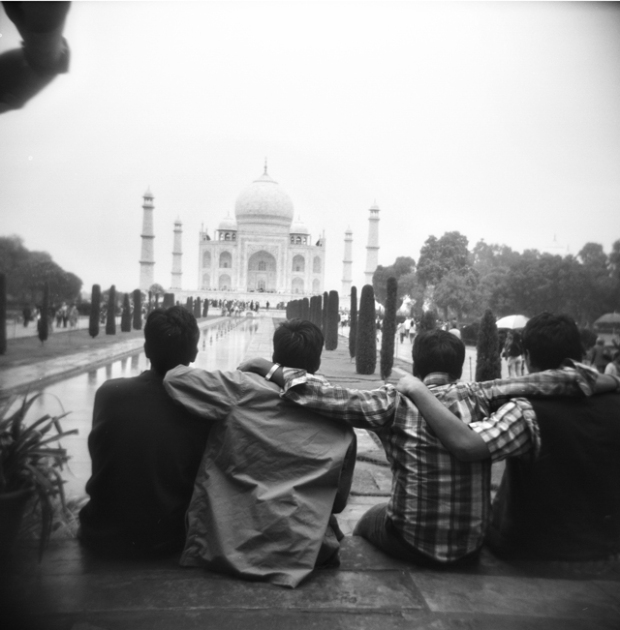 PS – The emperor also had two other wives.  Ugh, talk about playing second fiddle.  I would have hated to be those ladies!

One thought on “Holga – Taj Mahal”