I spend a good deal of time at music festivals shooting aerials.  I’m pretty confident about hanging 80 feet in the air high above the crowd.  I’ve only had two instances when I was scared.  The first was at Austin City Limits Festival a few years ago when my lift operator (obviously inexperienced) couldn’t get the lift to work properly after we were already in the air.  He proceeded to put on his harness so he could shimmey down the neck of the lift and go get help.  I protested, the “you’re going to leave me UP HERE???” fear gripping me as I begged him to just try again.  It worked, all was well.  However, in that moment, I did come up with my official escape plan should something terrible happen up there.  Like if (Heaven forbid), the whole damn thing blows over or if rabid Rage Against the Machine fans go nuts and shake us down.  The latter scenario is virtually impossible, but my mind wanders there sometimes.  So here it is:  I plan to throw myself (in flying squirrel fashion) from the lift onto the beer tent below.  That’s it.  That’s my plan.  At Austin City Limits Festival this month, the new lift operator decided I must wear a harness and be attached to the lift so that I would be “safe.”  Safe?

BUT WHAT ABOUT MY FLYING SQUIRREL ESCAPE PLAN????

My second scary moment in the lift was, well….scarier.  A storm rolled in very fast while I was up shooting aerials of the Foo Fighters.  I’d been caught in a storm earlier that day and was already wet and perfectly fine with the wind and rain that was about to come down on us.  Unfortunately, it came fast, furious and sideways.  My seasoned lift operator started to bring us down shortly after the storm began.  But the lift wouldn’t start back up.  We were stuck in the storm, 80 feet in the air.  I just remember being very quiet, and staring at the controls willing them to come back on.  Which they did, within a few minutes.  But OMG, during those few minutes, all I could think about was my Flying Squirrel Escape Plan and if it would even work with all this rain and wind!  Needless to say, we got down safely and escaped to shelter.  All was well again.  The good news is that the photos of the storm rolling in were pretty spectacular.  They are below…. 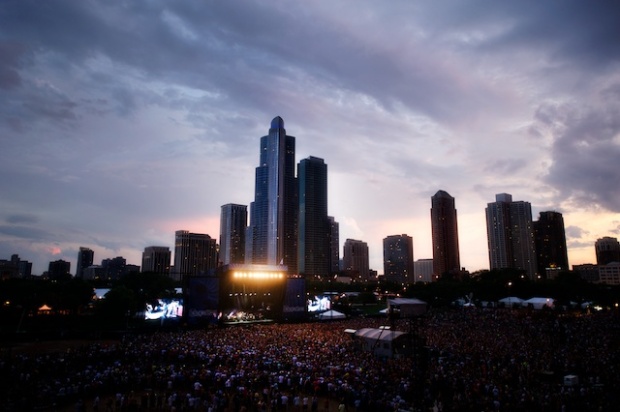 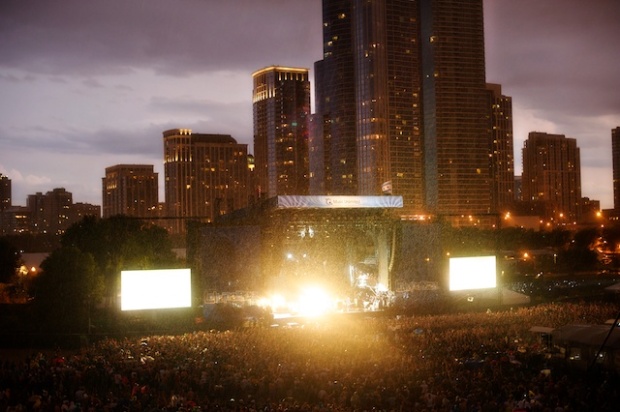 This is what it looked like when we made it down to the ground: 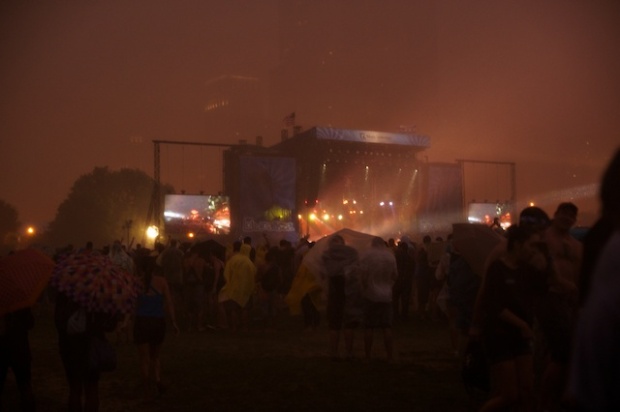 And then we went back up and the sky cleared up again.  It ended up being a beautiful evening.